Parallel with the wild and majestic nature, the Northwest land of Vietnam has many unique dishes that make lots of impressive with the tourists. However, some fares might only for some “tough guy” to taste because of its horror.

It seems the dancing stream fish is the most horrifying dish in Vietnam. To make the dish that “could eat,” Thai people in Son La – Vietnam combines herbs that they took from the forest and eat with the raw fish. The size of the fish is about a thumbnail, and they must be still alive so it could be adequately digested. The fish, after taken from the stream, chefs, will wash them in the saltwater and then, they release those fishes in the pot to keep them still alive and to swim.

Besides the fish and herbs, there is a sauce that the Thai people make by the young banana core, common spices (salt, fish sauce), chili, garlic, and another unique spice called “hạt mắc khén.” 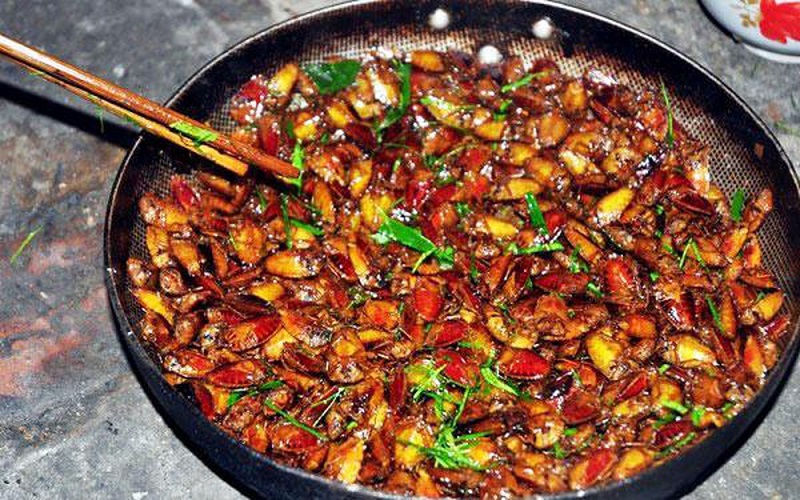 Dishes that about insects are always creepy, and for some people, they can’t stand to watch or able to taste even once. This is as another unique dishes in Son La, when the fig free, lyche flowers come up, Thai people will hatch the stink bugs to avoid the destruction of these bugs. Before being able to eat this bug, Thai people will need treatment primarily carefully to reject the bad smell. Stink bugs could be roasted or fry with the young bamboo sprout. 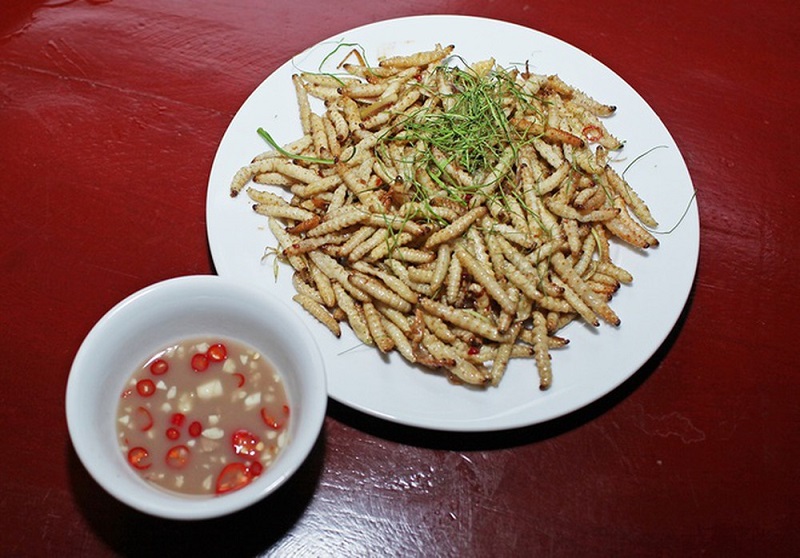 From December to January annually, the bamboo worm appears a lot in the bamboo tree. The phenomenon to explore this creature is when the bamboo tree distended; there are lots of bamboo worms inside that tree. The worm is quite long and white, Thai people usually fry and steam, combining with a few lemon leaves that could bring you lots of nutrition. 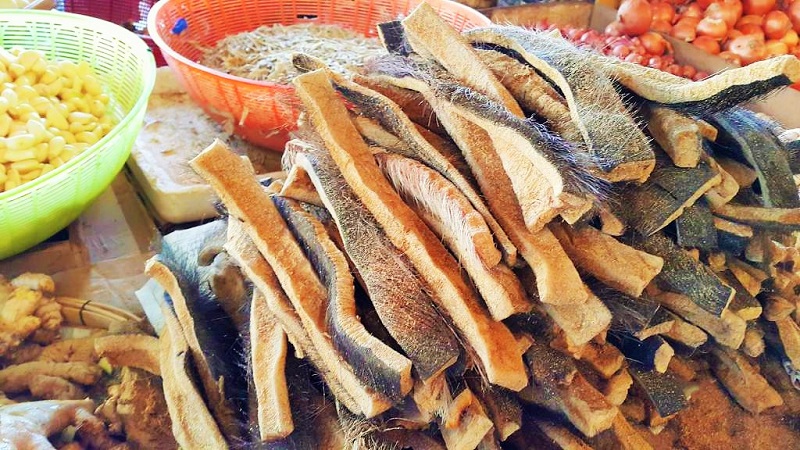 Thai local people usually call the Rotten Buffalo skin dish is “năng min.” This type of meal is very picky the travelers because the process of making this thing is very unusual. The skin of buffaloes after filtering out and it still got the hairs outside.  Thai chefs will incubate them in the banana leaves for two days. The process of making rotten buffalo skin will be based on the climate and the temperature. When finished, the feather of the skin will automatically shred, and Thai people could bring to make dishes like roasted, rotten buffalo skin soup, etc. 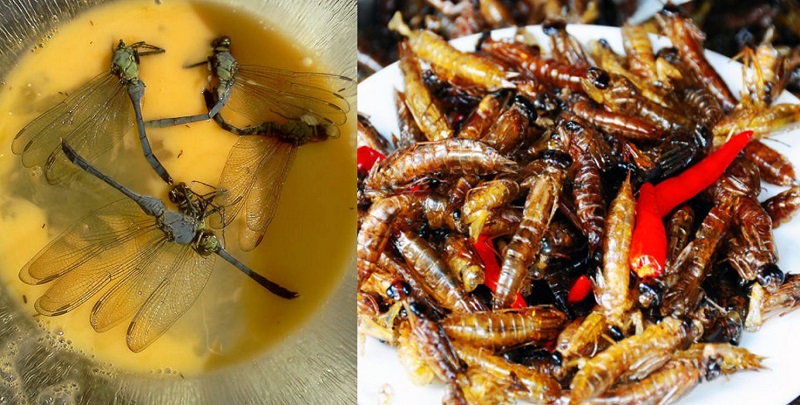 There is another name for this insect is called “the water bugs.” In the March and April annually, the dragonfly larval will appear and mainly found in Dien Bien – a part of Northwest area. The appearance of the water bugs seems like not good at all because it is as an insect.  But when the dish finished, the smell and the taste is very delicious. The Northwest people usually mix with the eels, special spices like “mắc khén” seasoning, perilla, dog basil, etc. After the marination, chefs will wrap up by the banana leaves and bake it on the amber.

Though these dishes might make you a little bit scary because of its process. But don’t worry, you could totally consume it because they are traditional dishes of Thai people for thousand years ago and up to now. If you have guts, just try it once.