At the second part, I have experienced out that Northwest cuisine is much more than I thoughts. There are still lots of terrified dishes that I bet you have never imagined. Below here is my discovered about terrified recipes in the Northwest area of Vietnam. 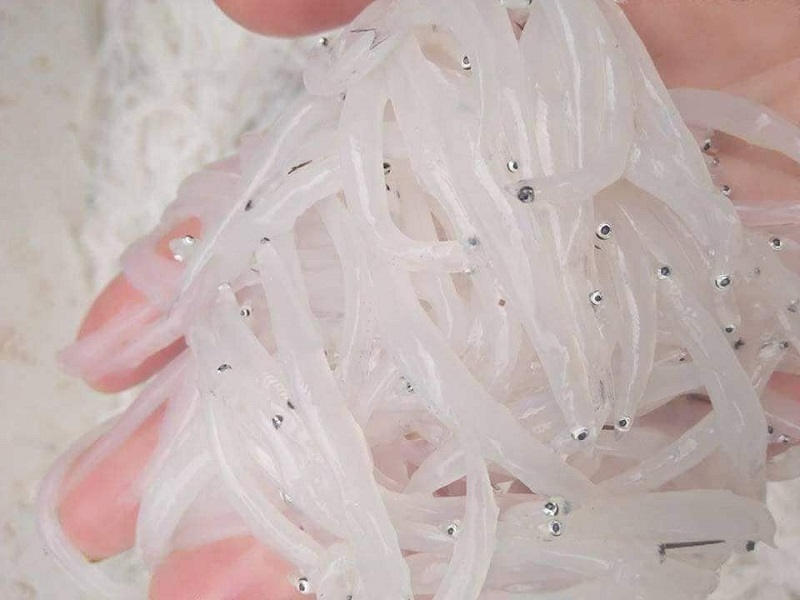 Glassfish not only has the strange, unique appearance but also it is the “least” horror dish. Thai people found this kind of fish at the Da River (Sông Đà), and it is infrequent because it only appears in a short term of time per year. The glassfish has the transparent skin that you could see the white flesh meat inside of it. For many Thai people have been tasted it, they said the meat of the glassfish is delicious and sweet. Glassfishes often cooked to become sour soup or spring rolls. 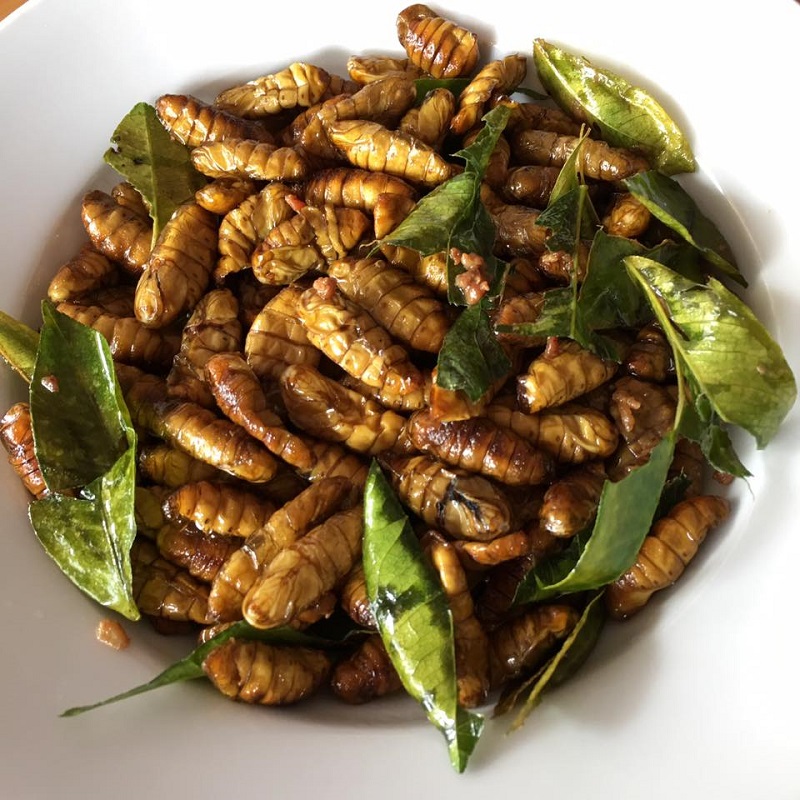 Earth bees usually making nests in early summer and could be collected the pupae at that time. The bee pupae before cooking or immersion drinks, chefs will immerse into water for 1-2 days so that the dirt could be fallen out. After that, Thai people often immerse them with wine to drink or process to make various dishes. One famous dish about the earth bee pupae is fry with the guava leaves that contains many nutrients and vitamins for you. 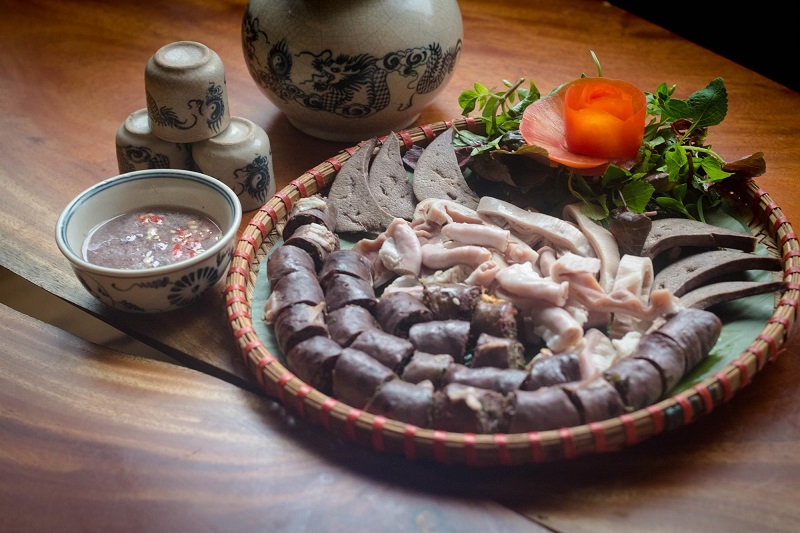 Most of the Western countries, they only take the meat of the animal from the back and the abdomen,  while abandoning all the organs of them because they believe it could not consume into the human body. However, it seems like the Vietnamese people will take advantage of the whole animal consumption. However, there are some foreigners after tasted the organs from Vietnamese cuisine; it makes them changed their mindset about this. Chefs often cook organs with many kinds of dishes like organs porridge, steam organs, fried organs, etc. 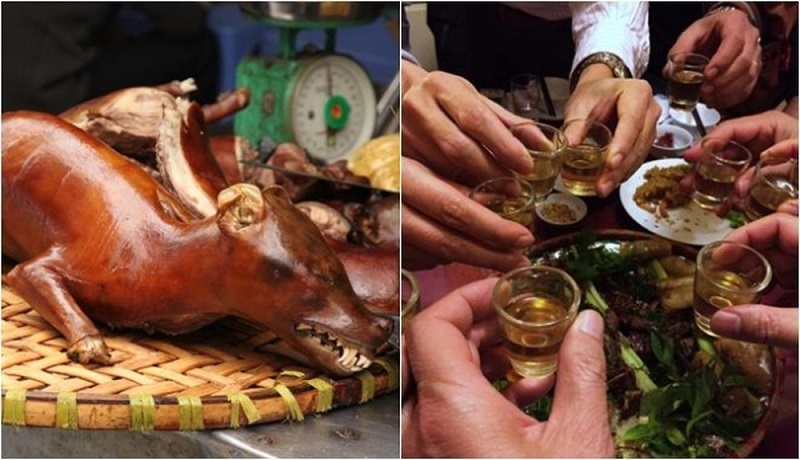 Dogs are sentimental animals, considered by most foreigners around the world. Or even, dogs seem like a part of the family, so when they died, some families often bury them and have a grave for them also. However, in Vietnam, there are many stalls and streets selling dog meat rampantly like pork or beef as well. Perhaps it depends on the folk conception of Vietnamese people, especially the Northwest area, most the people in there believed that dog meat could avoid bad luck. Moreover, based on oriental medicine, dog meat has the effect of supporting positive, useful gas except welding. 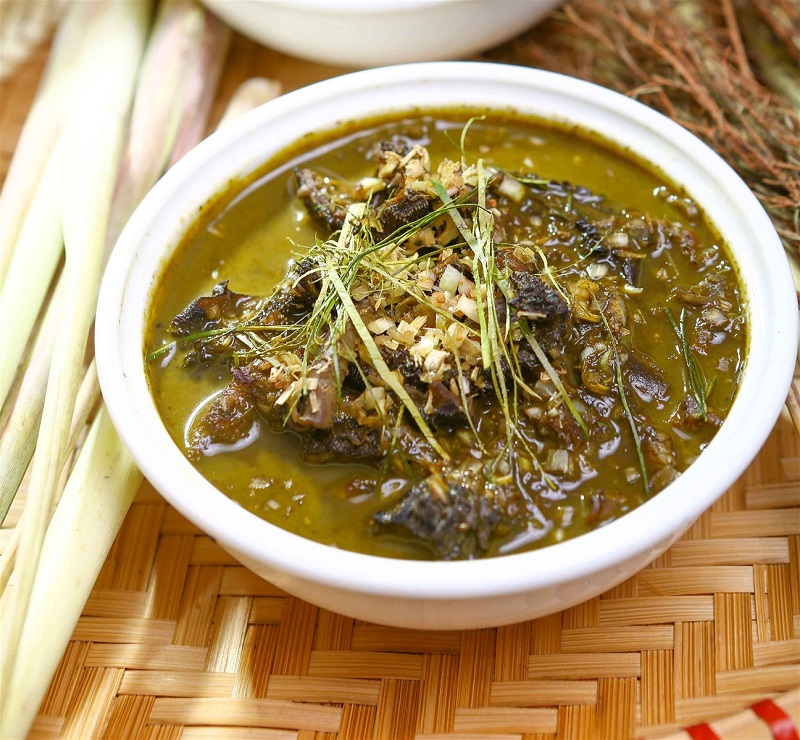 Young manure cow soup is the traditional delicacy of the Thai ethnic people in the highlands, often appearing at family occasions, festivals or guest feasts. To be honest, though the name and the ingredients are quite gross, as a traveler I recommend you should try this once when coming to the plateau. There are many ingredients to make this dish, such as premature blood, the organs, and special herbs that only have in the Northwest area. Young fluids of the young cow manure are the most crucial ingredient of the soup because it will make the taste special. Moreover, to cook this dish properly, Thai chefs have to put in the “mắc khén” (as a seasoning like pepper but contain much more flavor).

To sum up, there are still more exotic dishes at the highlands of Northwest area, Vietnam that I have not discovered yet. Because Vietnam is a tropical country, thus the combination between herbs and various ingredients/ animals are still undiscovered. As a travelers and would like to explore VIetnamese cuisine, with your braves, I think you should visit Northwest once to see the plentiful dishes of the